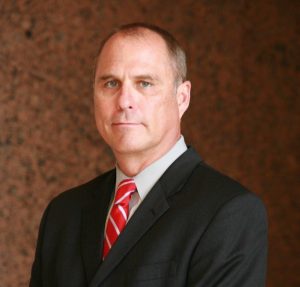 Stan retired from the Army in 2002 after twenty years of active duty service.  Since retirement, he has worked on a variety of data-driven projects including political advocacy, public policy analysis, and economic development efforts surrounding defense investment in states and local communities.  Stan joined the Virginia National Defense Industrial Authority as the Military Projects Manager in 2007 and became Executive Director in 2010.  He has direct experience understanding BRAC and managing the results of BRAC Commission decisions.  He has also personally directed information-gathering efforts intended to protect and grow defense investment in the Commonwealth.  Since then Stan has worked on developing Air Force and Army efforts to forge partnerships with other government agencies that create efficiencies and cost savings at the military installation level.  He has direct experience with missions and operations at more than 100 Defense Department facilities across CONUS.  Since forming Crux Analytics in 2012, Stan has used his knowledge and experience to develop a methodology for quantifying the military value of defense installations according to empirical metrics.  This methodology pulls from a broad range of data sources to evaluate the physical infrastructure, electronic spectrum, airspace congestion, local workforce, environmental and encroachment issues, and other factors that support or detract from effective training and operations at military facilities. 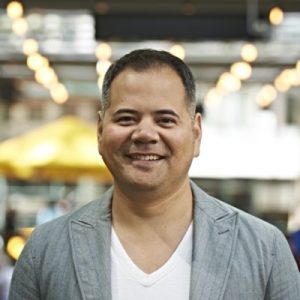 James Tehero is a retired Air Force Officer with over 22 years experience in project and program management, civil engineering, leadership development and public-public public-private partnerships.
Originally from Anchorage, James Tehero introduced Alaska’s first Air Force Community Partnership Program at Eielson AFB in 2014 culminating in a number of ground breaking partnerships in the Fairbanks North Star Borough and Alaska’s first intergovernmental support agreement (IGSA) between the US Air Force and the State of Alaska saving $60K annually in taxpayer dollars. As an authority on establishing Federal partnerships, James brokered partnerships at nearly all major Air Force bases on the eastern seaboard as well as installations in California, Missouri, Ohio and Arizona and expanded them to Joint Base Elmendorf Richardson in his hometown. James entrepreneurially enables state, county and local agencies to partner and collaborate with their Federal neighbors capitalizing on their combined resources and capacity for mutual benefit and increased resilience. James is uniquely situated to help stakeholders establish a solid but rapidly evolving approach to partnership with generational benefits to government agency and community workers, operations, projects and initiatives.
In addition to his military and Federal government experience, James was a senior engineer for WSP, a leading global engineering and construction consultancy, designing, inspecting and managing projects in the New York City region and Baltimore as well as international locations. He serviced clients such as the Port Authority of New York and New Jersey, New York’s Metro Transit Authority and Ports America, the largest US port operator and stevedore. His experience with global airlift and sealift, security relations, infrastructure and technology arms him with a truly valuable perspective in developing business and operations strategy in an increasingly challenging world. He specializes in rapid improvements in operations and cost savings/avoidance coupled with long term process and team improvement.
James is a graduate of Cornell University and is licensed as a professional engineer in the state of Connecticut. He is based in New York City.